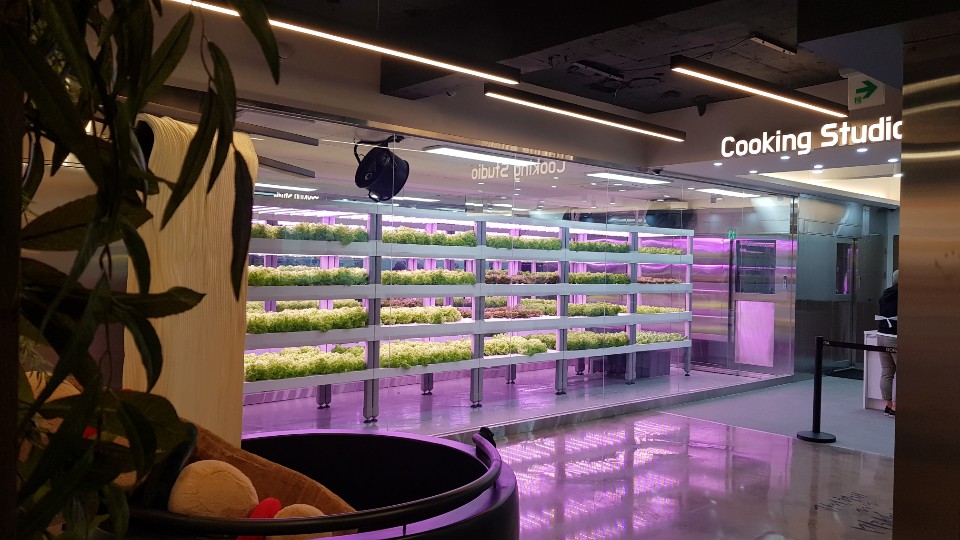 "As South Korea ages and the rural population is shrinking rapidly, this is the next direction for farming. These farms use less space and take less time to grow vegetables," said Kim, the owner of Metro Farm.

Commuters in Seoul were surprised to see a glass-walled space in Sangdo station last autumn. The space was lit with pinkish LED lights, under which lettuce were being grown. The glass walls provide people with clarity to see how hydroponics works and what would it look like to produce vegetables up in space. Metro Farm may produce 66 pounds of vegetables every day. These fresh produces are directly consumed in a café next to the farm, where people may enjoy a bowl of salad or a glass of veggie-based drink. Thanks to the popularization of the concept of “wellness”, the local salad market has been on the rise. Free of pesticides and herbicides, Metro Farm's produces are just right for the market and endorsed by Seoulites. 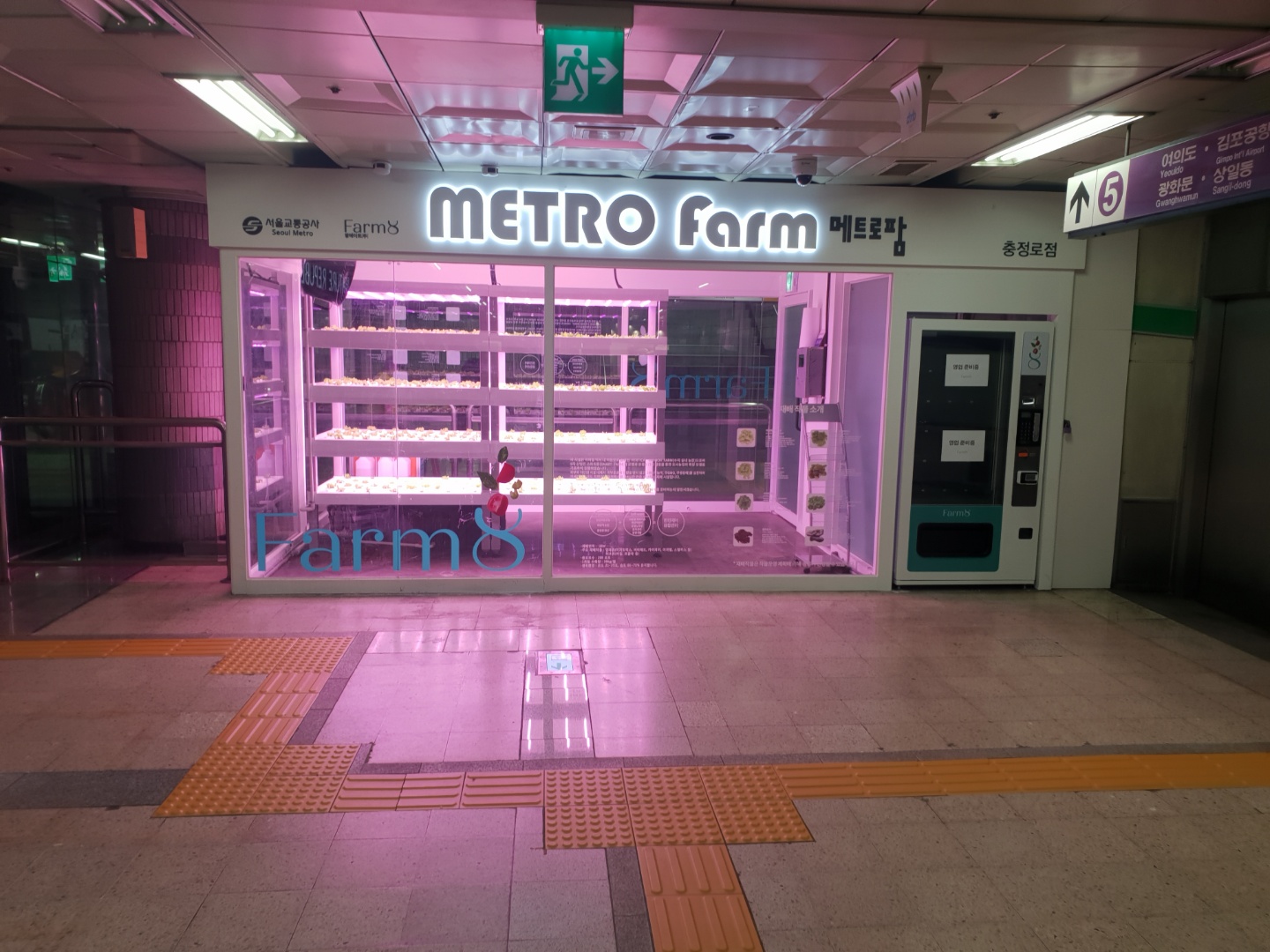 Is indoor farming a labor-intensive industry? The answer is no. According to Kim, only 3 employees would be needed to run the farms at all five metro station - they're planning to establish more farms in several metro stations in Seoul - so they hire retirees and disabled people to bring them back to the work force. Why is indoor farming a future trend? According to UN, we will need 70% more food to feed nearly 10 billion people by the year 2050. But we are losing arable land to climate change and human activities. The UN has also set a goal for us to produce more food with less materials and resources. So we look to indoor vertical farming as it utilizes unused space in unexpected places, such as deserted warehouses, old factories, underground parking lots, and metro stations. We can't solve the food crisis simply by bringing farms indoor and turn them vertical, but it would for sure alleviate the pressure on the food supply in cities. Kim is now looking at Metro Farms for the production of ingredients for cosmetics and medicines. They are working on this with universities and governments and are expecting the results in the near future.

For a better experience, it is recommended that you switch to the appropriate language channel and continue to visit